A tale of tiger tails and curtailment

Last July, when life was in kilter (covid 19 had never been heard of), we decided to visit NW India, an area largely unvisited by us previously. Our aim was to see tigers and to visit the Taj Mahal, this time without keeling over in the unseasonably high temperature of 40°C in March 2018.

We flew from Heathrow overnight to Delhi, arriving 7 March. We spent that night in the Oberoi, New Delhi. Talk about pampered to death! While in the restaurant eating dinner, I could hear live contemporary western music being played but couldn’t quite identify the instruments. I asked a waiter where I could find the ensemble. As it happened, they were just out of sight outside the restaurant. I stood up to go see and, quick as lightning, the waiter asked, “Shall I escort you sir?”. Service or what?

Down to earth next morning with a train ride to Agra. Cases safely stowed in the overhead storage, our red-shirted porters basically demanded a backhander, despite the local agent saying they were paid by the company! The constant demand for tips is really the only downside of visiting India. On to Agra and the Taj Mahal where, at a very pleasant 25°C, this time there was no fainting. There’s now no scaffolding and the mausoleum was open to visitors

In the afternoon, a car drive west took us to Chambal Safari Lodge where we were to spend 3 nights. Whilst there, we enjoyed guided walks in the grounds, home to langur monkeys, deer, peacocks, egrets, flying fox fruit bats and spotted owlets. Masses of wild cannabis everywhere. Is that a pot plant? We enjoyed a river safari catching sight of several crocodiles including gharials, a narrow snouted crocodilian fish-eater. Critically endangered, it is making a comeback in this particular area where fishing activities have been curtailed. Turtles and a huge range of water birds proliferated. After Chambal came a 6½ hour drive west to Ranthambore National Park, supposedly seeing tigers is guaranteed.

En route our driver showed us a spectacular baori or step well. Chand Baori is 19.5m deep, built in the 9th century. One wonders how, without the use of sophisticated modern construction tools, how on earth the task was undertaken. Sadly, many baoris are neglected, attracting refuse. The second photo shows a lad who climbed down to retrieve an empty blue plastic container floating in the water.

Khem Villas at Ranthambore was our base for three nights. We had pre-booked 5 jeep safaris. Talk about overkill! But we were determined to see tigers this time, despite prophecies of gloom and doom. Our very first 6.30am safari, bitterly cold sitting on top of the open jeep, we saw not one but three separate tigers. No 1, a quite distant view; no 2, a full grown male, crossing the track right in front of us and no 3, a full grown tigress rolling in the dust of the road!! The rest of the time there was rather an anti-climax. Perfection is difficult to overtop!

From Khem Villas a 3½ hour drive further west took us to Bundi where we stayed for 2 nights in the family run, four storey Haveli Braj Bhushanjee. Very old, very quirky, built around open spaces and courtyards. We were the only guests since already the owner had received several cancellations Magnificent views from the roof terrace and from our room of Bundi Palace located immediately behind the haveli,  Taragarh Fort, Bundi lake and the whole city. Bundi has a fine selection of baoris, neglected but still  very impressive.

But our plans came to a grinding halt. Our local company agents advised us that the Indian government had issued instructions to repatriate all tourists or they would face enforced quarantine. Panic, panic! Still ten days to go and we were being kicked out.

The London office and the local agents came up total trumps. A 1 hour drive next day took us to Jaipur in time for an internal flight back to Delhi and a night in the Andaz hotel at the airport. London had managed to switch our original flight home from 26th March to 17th March. On our arrival back in the UK it transpired that our Virgin flight to Heathrow was their last from Delhi. Pretty close, huh? 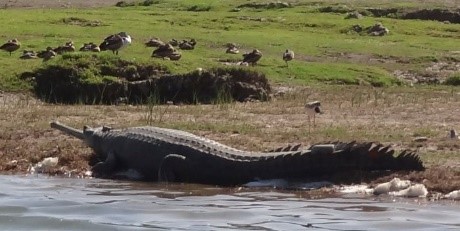 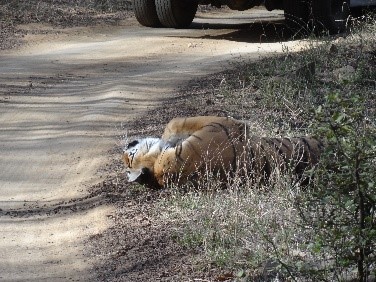 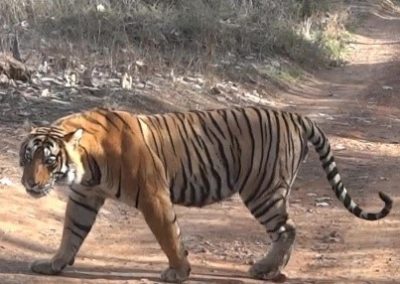 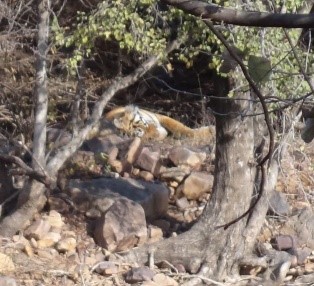 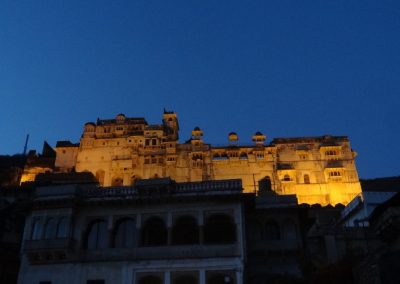 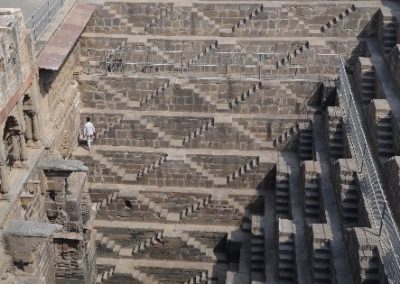 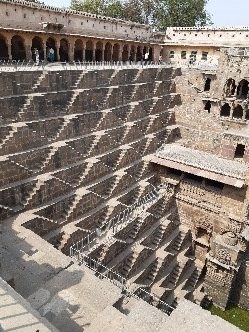