Okay, not quite the place you were expecting me to say, but it’s true, we did have a lovely afternoon at Athelhampton House and Gardens. After the high winds and driving rain of the night before, it was a blessing to see the Tudor house basking in autumnal sunshine. And just wonderful to have a Tea at the Museum visit for the first time since March 2020.

Our guide for a tour of the house was Owen, who quickly revealed that he had worked there for many years and knew it and its history very well. He interlaced stories and facts in a clear and often amusing way and showed us some rooms which have not previously been open to the public. Now under new ownership, parts of the house are being renovated and there will be more to see on future visits.

Our group was particularly interested in the priest’s hole, concealed behind the paneled walls of the West Wing sitting room. This secret room was a good size, not the claustrophobic space one has come to expect of a priest’s hole, but the floor level is below the water table, guaranteeing wet feet, or more, for any unfortunate person sequestered there. There was also a narrow spiral staircase leading to the first floor and what had been three bedrooms, now the library.

Although Athelhampton House has the reputation of being one of the most haunted houses in Dorset, Owen confessed to having never seen a ghost, though he knew people who said they had. In the upstairs library, he told us the sad tale of a wife deceived and the grey lady who roams what was once her bedroom. None of our group admitted to seeing her; we were much more interested in reports of a magnificent fireplace behind one of the bookcases. As a Grade 1 listed house, no alterations can be made until permission is given, so we may have to wait a little longer to see it.

Downstairs again, we visited the former service range, parts of which have been converted to a dining room and a sitting room used by the previous owners. Together with the Elizabethan kitchens, this area is being restored and will be open to the public in due course.

The interior of the house was rather chilly, so it felt warmer to be back outside in the sunshine to conclude our tour. Some of the group was fascinated to hear how enforced closure during lockdown had facilitated the installation of a ground source heat pump and the owner’s plans to make Athelhampton ‘carbon minus’ in the near future.

Many of us chose to take a walk in the gardens before returning to the Visitors’ Centre to enjoy a well-deserved cuppa and cake before the journey home. I do believe I heard of one group’s plans for a little carpool karaoke on the way home…

[sings] ‘Singing a few of our favourite songs as the wheels went round.’

(with apologies to Fiddlers Dram ‘Day trip to Bangor’, 1979) 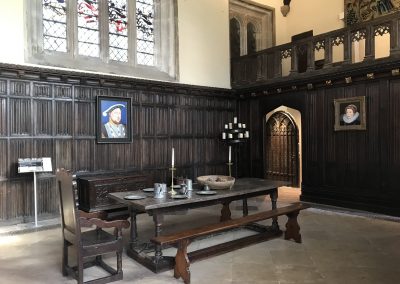 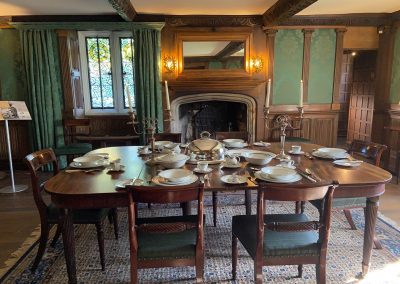 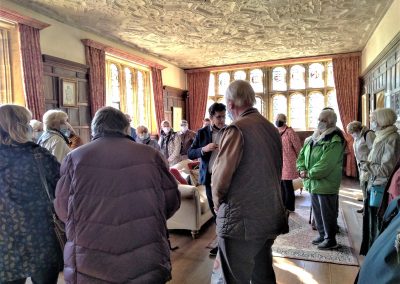 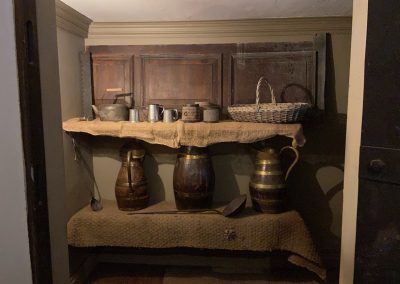 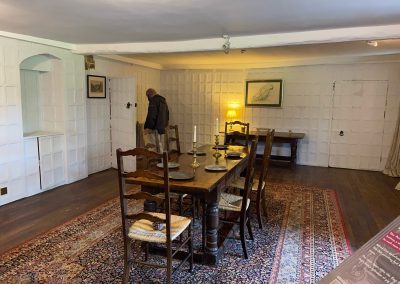 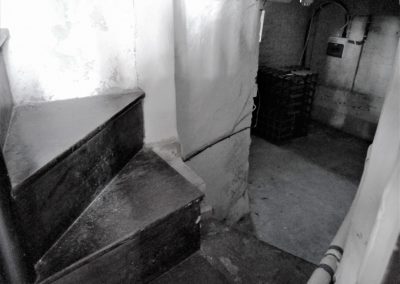 The Priest’s hole and stairs 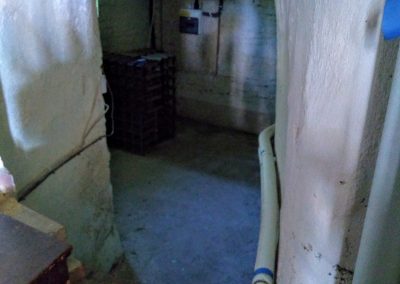 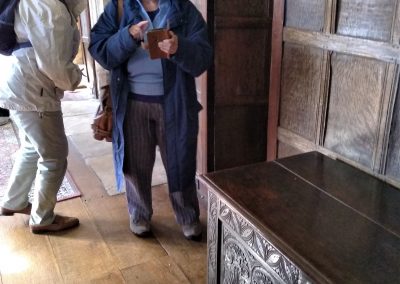 Anne and Val about to explore the Priest’s hole. 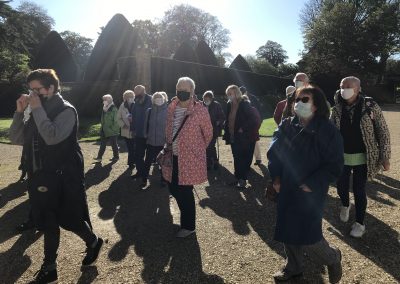 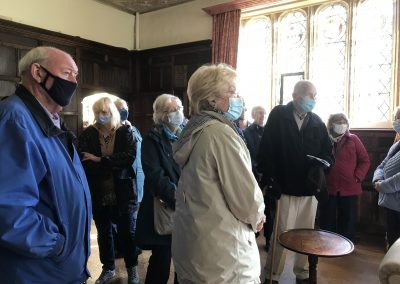 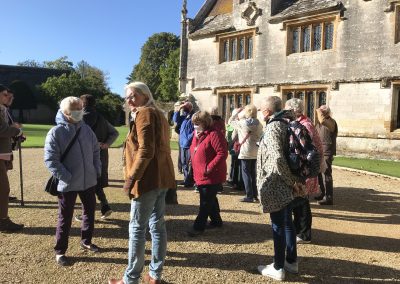