Thanks to a generous donation by the The Woodland Trust, the  West Moors Town Council organised a ‘Community Tree Planting’ session, that took place on Saturday 8th January.

This is the first stage in the development of a Woodland Copse, to commemorate the Queen’s 70 Jubilee in 2022 and enhance the general environment around West Moors.

Armed with their own spades and boundless enthusiasm, 25 volunteers met our Councillors and Dorset Council (DC) Open Spaces team members – Daryl Pearce and Sam Traynor, just before 10am, in the not so pleasant weather!

Despite the persistent rain, spirits were high and sapling planting was in full swing very quickly. Supervised by DC and the Grandson of one of the Ferndown U3A members, trees planted included hawthorn, dogwood, silver birch, rowan and hazel.

The final tree to be planted was a Flowering Cherry tree, a ‘Prunus Snow Goose’. This will mark the Queen’s 70-year reign, a milestone she will have reached on 6 February 2022, becoming the first British Monarch to do so.

The support from both the local community and Dorset Council has been overwhelming. Tree planting is so important because it helps to fight the effects of climate change, helps us to replace trees lost to ash die back and planting a mixture of species throughout the woodland helps to increase diversity. 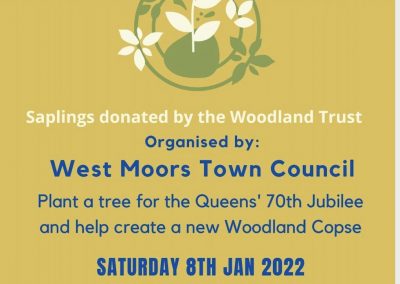 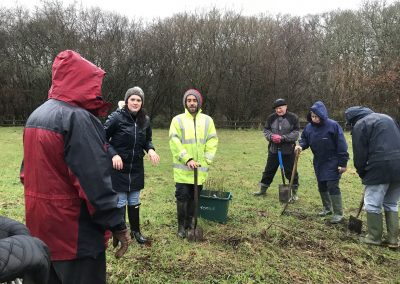 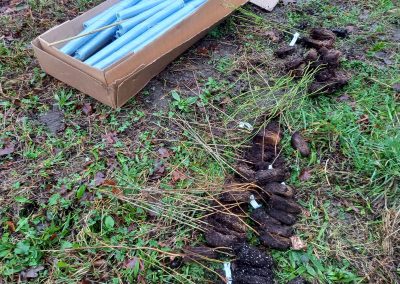 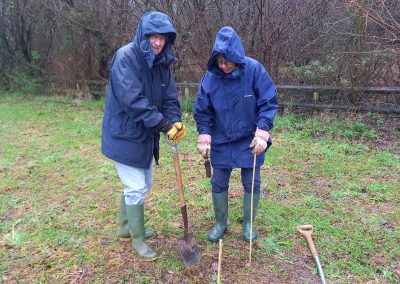 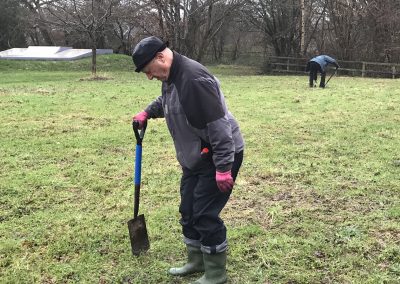 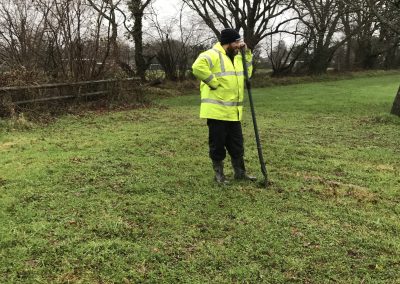 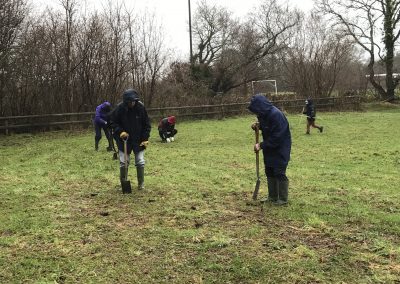 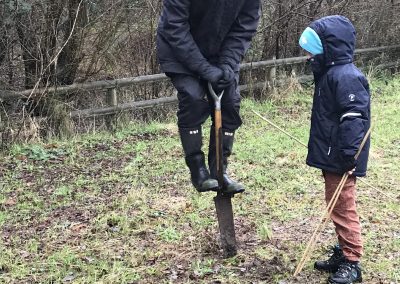 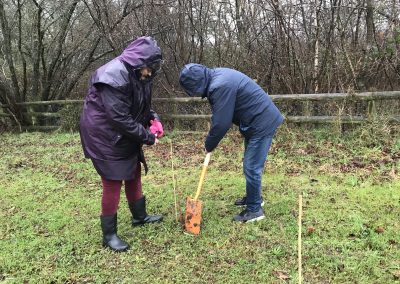 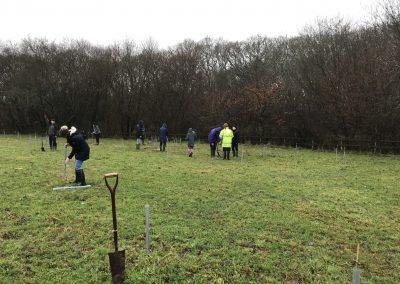 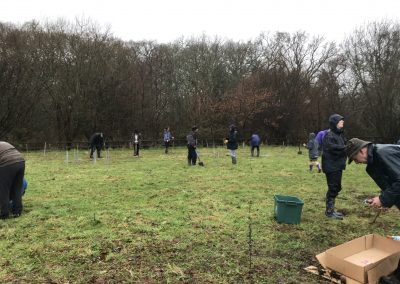 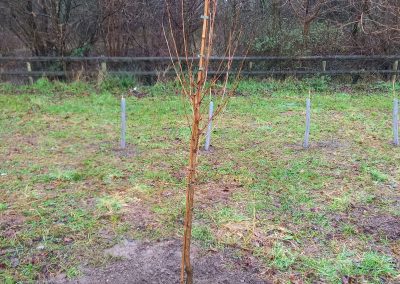 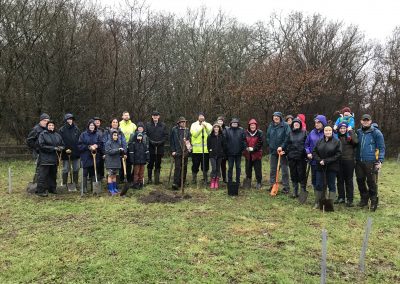 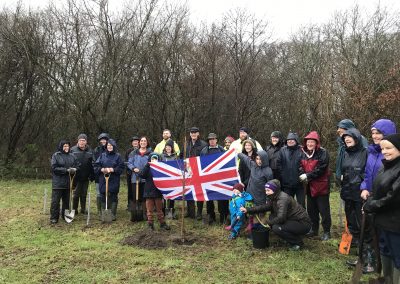 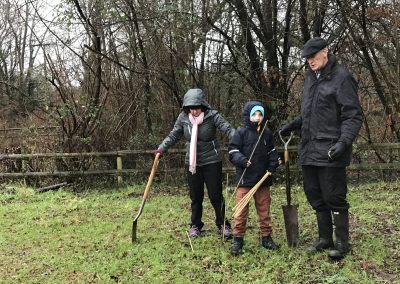 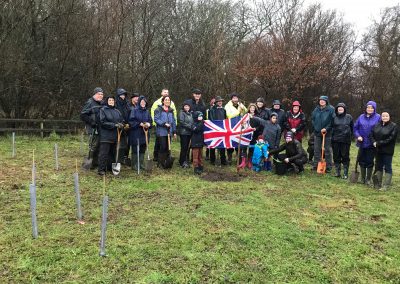