Wednesday 27th October saw members of group H5 Wessex Railways in the Verne Prison on Portland. But not because we had transgressed in any way.

We were there at the end of a morning spent at the north of the island, an area where railways played an important role in commerce and industry and Henry VIII constructed an artillery fort, part of the chain of forts, the “King’s Device” programme, to protect against invasion from France and the Holy Roman Empire and to defend the Portland Roads anchorage.

Despite the poor, drizzly weather and the best efforts of 4 way traffic lights controlled roadworks on the approach to Portland, eleven members of the group, as well as Monty, John Mullett’s dog, met as arranged in Portland Castle car park before 10.30. After our thirsty drive we were ready to sample the on-site coffee shop but, oh dear, “sorry love, staff shortage. Coffee shop doesn’t open until 11.00”.

Hmmm. Going well so far. Nothing daunted, there was plenty of time for those who wished to tour the Castle itself. If you could see past the Halloween decorations, the interior is well preserved and with an excellent commentary on a gratis audio device. Well worth the visit.

Next, a short walk across the road to visit the remains of the foot of the Merchants Incline where a gravity operated, cable railway system enabled huge blocks of stone from the quarries on the top of the island to be lowered to the quayside close by the Castle in Castletown for onward shipment by sea.

The incline closed when war came in 1939 and never reopened. By then, road transport supplanted its usefulness.

By now, chilled by a stiff breeze and occasional drizzle, we drove up the zig-zag Verne Common Road which crosses the top of the steep section of the Merchants Incline. After a quick stop to look back down the incline, we drove up to the traffic lights controlled tunnel entrance to HMP the Verne. Abandon hope etc etc. But we weren’t there to do “porridge”. Oh no, we were there for something more substantial than porridge at the Jailhouse Café. It’s run by EXPIA which employs prisoners to run the premises, teaching new skills which will help offenders on release to find a job.

This is EXPIA’s mission statement.

The food is inexpensive and don’t expect haute cuisine. It’s on a par with a good roadside caff, soup and a roll, jacket potatoes, paninis and wraps. There are also daily specials too but a little more expensive £9.00.

After a good chat over lunch, the sun had decided to make an appearance which enabled us to go outside to experience the magnificent view across Weymouth Bay laid out before us from our lofty perch.

And here awaited a real surprise. It sounded as if helicopters were buzzing around in the air above Portland Harbour. But wait, what is it? Is it a helicopter? Is it a plane? Well, a bit of both really.

Its official designation is a “tiltrotor” aircraft. The US Navy Bell Osprey presumably being trialled by the Royal Navy. A second aircraft was buzzing around over Weymouth Bay.

Many thanks to Chris Lepine for the above photo.

After this excitement, a passing visitor was asked to take a group photo which appears at the head of this report. Lo and behold, she turned out to be a soon-to-graduate photography student! You couldn’t make it up could you!

We then dispersed to do our own thing. Some went to Portland Museum at Easton and some to the Tout Quarry Sculpture Park and Nature Reserve, really well worth a visit. Then home. A good day! 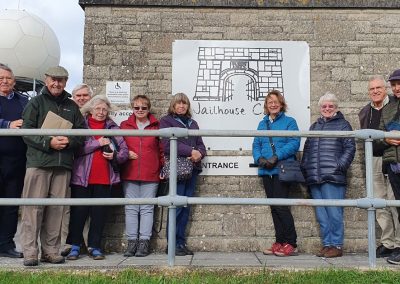 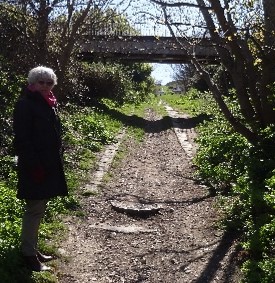 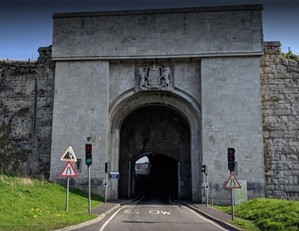 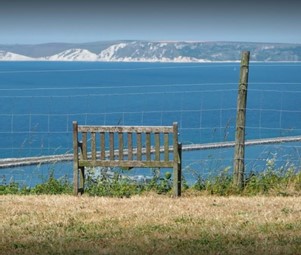 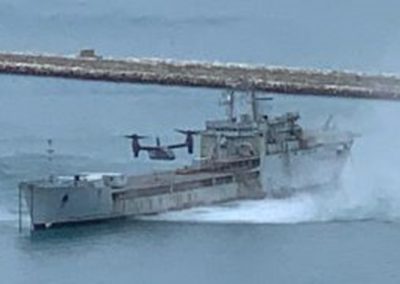 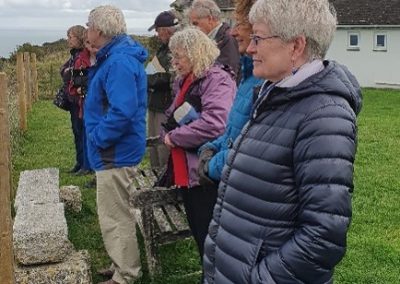