Friday the 19th of November saw 45 intrepid explorers, who were members of the J1 Discovering Wessex Group, get up at the “crack of sparrows” to board a coach bound for the Weald and Downland Living Museum, nr Chichester.  This trip was the second topic this year for this talk ‘n walk group – (photo 1 ) The topic leader this time was Bob Reeve who organised an excellent day out with plenty to see all day, looking at the reclaimed rare buildings which have been saved for posterity and brought there (brick by brick) for future generations to appreciate – like a time capsule.  Throughout the park J1 members acted as guides describing some of the buildings saying something about their origins, dates, dismantling and re-erection at the museum.

The day started with the essential coffee in the museum’s popular Café while Bob split the members into two Groups – A led by Bob and B led by Keith.  Everyone was given a large full colour detailed map – (photo 1a) plus an outline of the schedule for the day.  The groups set off separately a few minutes apart to firstly look through the Gallery Exhibition (photos 2&3) featuring both trades and their tools of bygone years preserved for future generations.

They then moved on to the Market Square area where J1 members and official guides described the various buildings (photos 4 to 10). After some smaller buildings, we came to what must be their most famous buildings of all – “The Repair Shop” area – made popular by the long running BBC television show. This area consisted of the Court Barn, plus two smaller outbuildings and the Forge – (photo 11 & 12).  Cast members of the TV show – Steve the clockmaker and one of the Bear Repair Ladies were spotted walking around, at the time.

Next came the working Watermill and Bakery – (photo 13 & 14), where members were able to buy freshly baked bread – still warm from the ovens.  Then back, around the lake and across the grass where members had to run the gauntlet through the large flock of hungry ducks, while still carrying their newly bought bread – (photo 15 &16). Back to the Café for a pleasant light lunch, where the whole party was divided into two different group again.

Bob led his group to continue on a further walk taking in many more of the rare structures in the Southern part of the park, while Keith led his group to The Gridshell Building – (photo 17 & 18),  This green oak timber structure houses space for restoration and research of historic timber structures .  It is the first timber gridshell building of it’s type built in Britain. The lower level houses the Museum’s stored collection of tools and artefacts of rural life from around the region.

When the coach left the Museum it was able to drive past The “Glorious” Goodwood Racecourse and4mrke Motor Racing Circuit, which was the RAF Westhampnett “Battle of Britain” fighter station during WWII. We arrived back at Ferndown dead on time – with a vote of thanks to our regular driver Graham who quite often steers FU3A groups to and from their visit destinations.

A really big round of applause was given to Bob by all, for a thoroughly enjoyable day out – well organized and a really exceptional visit. 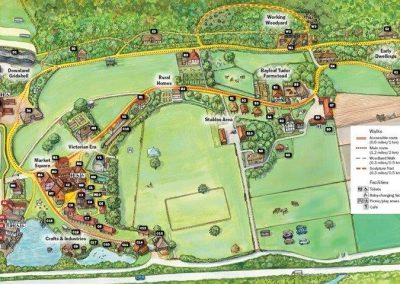 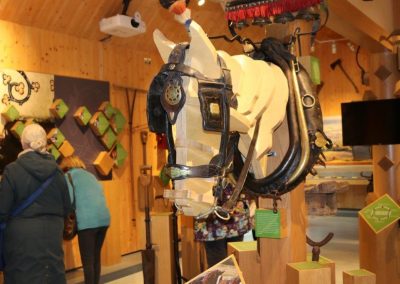 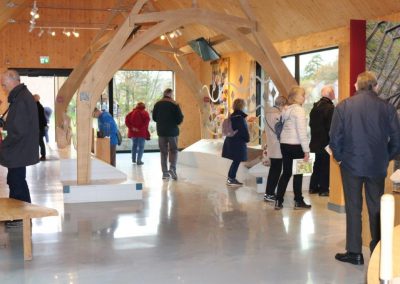 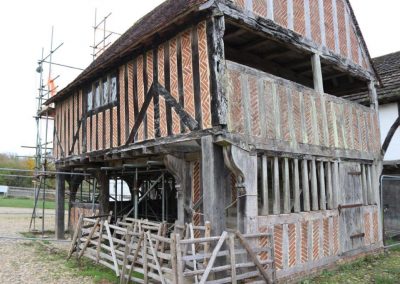 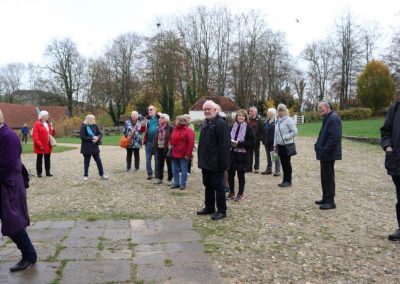 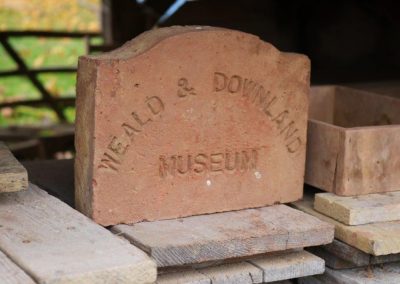 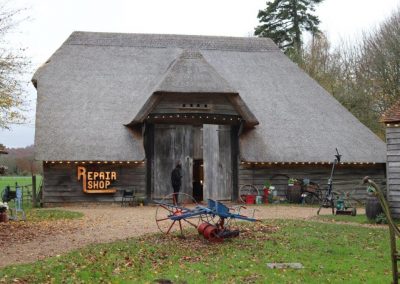 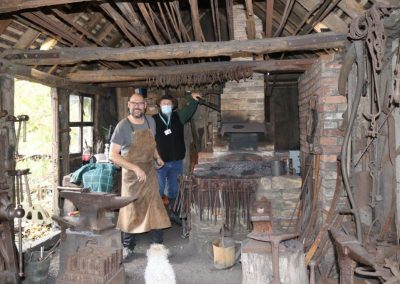 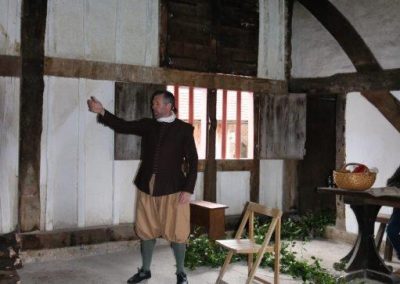 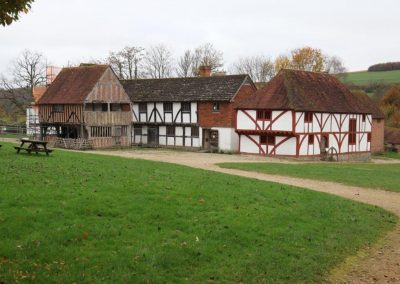 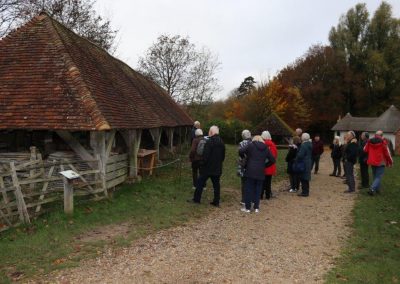 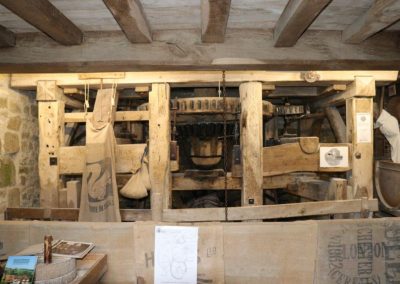 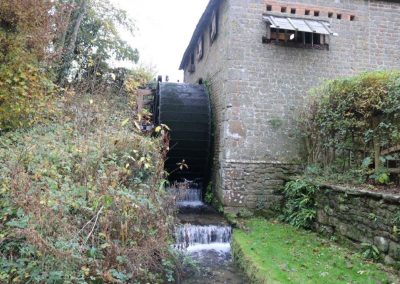 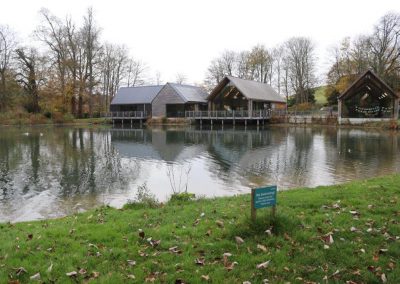 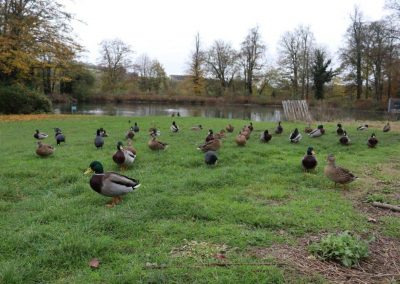 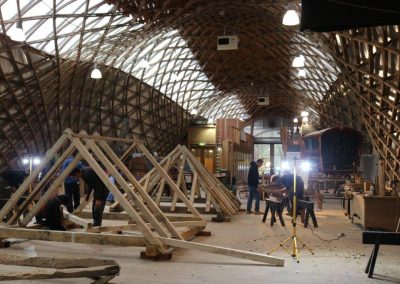 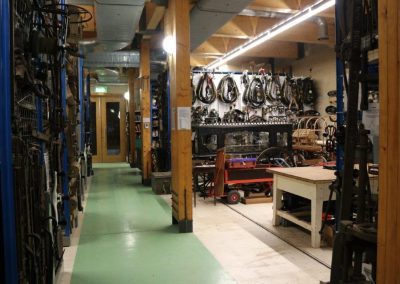